3 Trends That Will Impact Experiential Advertising in 2018

Throughout 2017, we worked hard to bring our readers the latest and greatest in experiential advertising and marketing trends. And what a year it’s been. From fully integrated, omnichannel campaigns, to the popularization of gamification, to virtual reality (VR), the new world of experiential marketing is evolving quickly, to say the least.

For business owners who are responsible for actually creating and implementing experiential campaigns, keeping track of trends can be exhausting. What’s cutting-edge one day is replaced by increasingly innovative technology the next.

That’s why we’re doing the work for you! Here are three trends that we predict will impact experiential advertising in 2018.

Although augmented reality (AR) entered the public eye with the Pokémon GO craze of summer 2016, the technology has been used for almost a decade. Unlike VR, AR does not create its own reality, per se. Instead, it layers a user’s current environment with text, image, and video to augment their reality.

To help further illustrate AR, let’s turn to a successful campaign. In 2016, the Dutch Lady—a leading Dairy Beverages brand in Vietnam that gives away toy collectibles with its products—created an app that leveraged AR. The app transported consumers who scanned the Dutch Lady milk pack to a fictional world experienced through the eyes of popular brand characters. As consumers scanned different toys, they unlocked additional characters, which in turn made the game become more fun by building awareness, engagement, and interaction. Ultimately, the app led to more 40,000 downloads and a 19 percent increase in product sales during its launch.

As of late, branded events have epitomized experiential advertising—especially among the Millennial segment. Because this generation prefers experiences over material items, immersive campaigns that emphasize lifestyle over product placement have become increasingly successful.

To get consumers to directly engage with its brand, Heineken has invested in localized, experiential festivals. For example, in July 2016, the brand launched the Heineken City Shapers Festival in Australia, which combined outdoor marketing and PR to create a physical environment for consumers to directly interact with the brand.

Another example, the Overlook Film Festival, combined an AR hotel experience with a branded event. The four-day film festival, held at the Timberline Lodge in Mt. Hood, Oregon—most famously known as the setting for Stanley Kubrick’s 1980 thriller The Shining—created a unique horror-themed mystery event. The festival combined human actors, hidden clues, and other physical elements with immersive entertainment such as VR installations on video walls to create an interactive gamification experience for guests.

Like AR, livestreaming isn’t exactly a new technology. However, in the past, implementing the technique into your marketing wheelhouse was much more difficult and expensive. It required brands to rent equipment, film events, and upload videos. Thanks to the introduction of Facebook Live, Instagram Stores, and Snapchat, it’s easier than ever for brands to livestream their own events. All it takes is a few taps on a smartphone to start streaming video coverage directly to your followers.

Livestreaming enables users to experience an event vicariously and immediately—and at the click of a button. Live video also encourages live feedback. Brands that respond to their customers in real time add an additional layer of engagement to the user experience.

Tough Mudder, the endurance event company, recently livestreamed a training event featuring the fictional Coach T. Mud, a high-energy personality. Through the streaming experience, the brand simulated the endurance event for viewers. Because the brand is built on physical participation, this livestreaming experience was a perfect way to get new customers involved with the brand.

A Year of Surprises

As these examples represent, the future of fully immersive, tech-enabled experiences is upon us. Perhaps it’s just a matter of implementation and execution. One thing is for certain: 2018 will bring even more surprises. Whatever happens, we’ll be sure to keep you updated as the experiential advertising trends unfold. 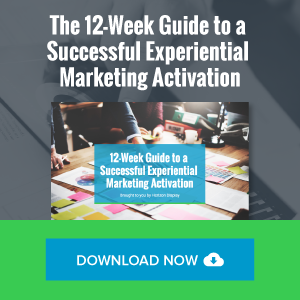 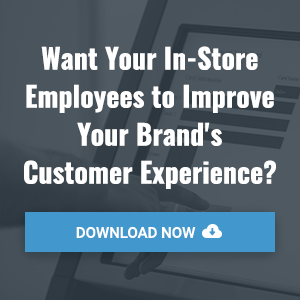